We as human beings crave nature. It has been our home, our habitat for millennia. Yet, centuries of modernization, by way of industrialization, have further strengthened the divide between man and nature. Gone are the dense thickets of trees and the clean, fresh air. Instead, our world has become digitized and disconnected. For many living in cities or suburbs, the sound of rustling leaves has been replaced with the sound of traffic. The sight of lush greens has been replaced with concrete walls and floors.

It’s no wonder that apps to help with sleep can play sounds like running water and rain, or even the croaks of frogs and chirps of crickets. 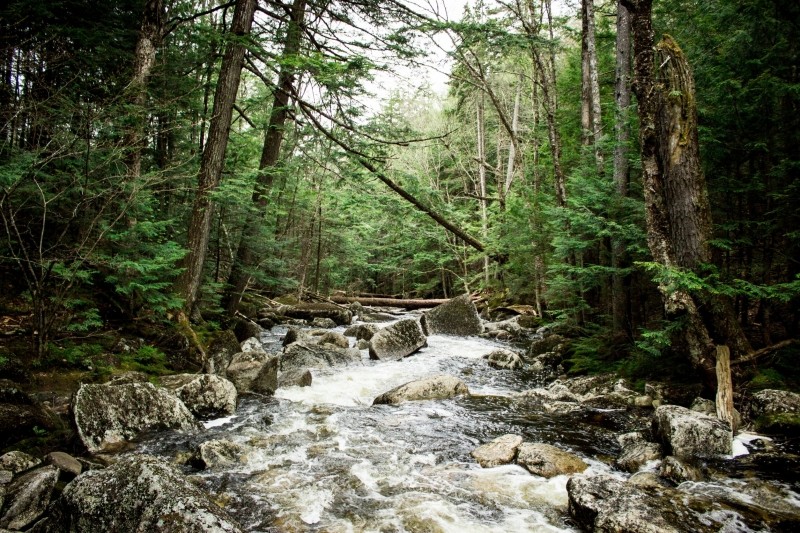 BIOPHILIC DESIGN: THE WHAT

Biophilic design has seen a significant increase in interest and popularity. Biophilia translates as a love of nature, thus biophilic design incorporates many characteristics of nature. A perfect example is the living wall: a tear down of the concrete walls to which we’ve become so accustomed and instead an exchange for real living plants.

Biophilic design should not be confused, necessarily, with green design. Green designs usually signify a design that reduces a carbon footprint, or an environmentally conscious design. While it aims to protect the natural world, green design does not reconnect us to it. 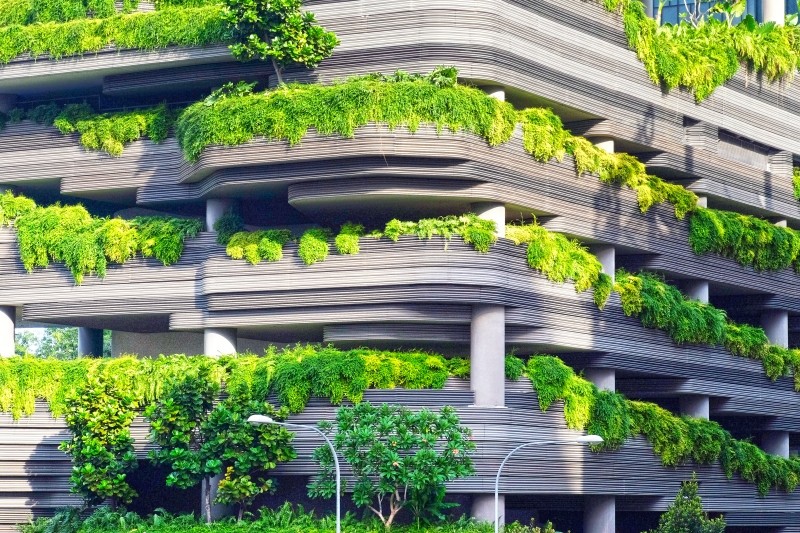 WHY YOU SHOULD CARE ABOUT BIOPHILIC DESIGN

Nature doesn’t just look nice – it will actually draw us in and captivate us. We are suckers for nature, or at least our brains are. Take, for example, a person who says they are not a nature person. Hiking can be exhausting, the bugs and the dirt can be a nuisance. Camping can become scary – a wolf howl, reports of a bear sighting, or no warm water in which to take a bath! Natural outings might not always be pleasing, but the images and the smells of a natural outing may have a different effect. Consider how popular photographs of landscapes, mountains, and rushing waters are. Or candles that are meant to recreate the scents of a pine trees or sweet florals.

It goes beyond just a poster of a tree, though. Sensory connections with nature can actually have surprising effects on human beings. Natural spaces can affect our ability to heal, both physically and mentally. Imagery and sound alone is enough to have an impact on the human brain. Researchers in Sweden found that after a particularly stressful math test, the heart rates of participants who watched nature scenes returned to their normal rates significantly faster than that of those who sat in a plain room. In Japan, walking through forests is considered a form of healing. Biophilic designs in physical stores actually increases the number of customers who enter, and also increases spending. Classrooms with natural scenery score higher on tests. Even an office becomes more productive and happier when biophilic design is incorporated.

In short, biophilic design does more than just aesthetics. 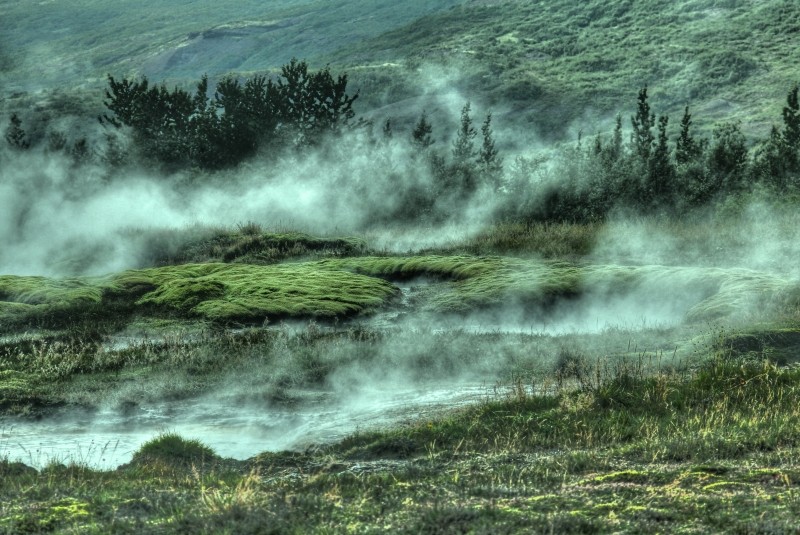 LIVING GREEN WALLS: THE ONLY OPTION?

Perhaps the most well-known and commonly-used method of biophilic design integration is the living wall. A living wall is generally composed of different varieties of plants. A commonly used plant is moss; vibrant and plush, moss creates a unique design and aesthetic.

However, living walls are costly and can be difficult to install and maintain. Usually a heavy reinforced wall must be installed first, so as to provide support for the soil and other components of a living wall. After installation, constant care is required – specifications of sunlight and watering can become daunting and bothersome for some. Without proper care, the living plants can and will die, meaning added responsibility. When a plant dies, the dead plant and its roots are removed from the wall, and a new plant is generally installed. Without proper upkeep and replacement, a living wall can quickly turn into a huge hassle and eyesore.

Yet, when considering biophilic design, the first thought is almost always a living wall. A living wall is certainly an option, but it is certainly not for everyone. So, what are other options then?

While, again, a green wall is not for everyone, a preserved green wall is a simpler and less expensive form of the living wall. Preserved green walls usually come in the form of moss wall art: moss and ferns have their internal water replaced with glycerin so that the plant retains its liveliness, such as color and texture. This helps to stop wilting of the plants, but also means that there is no watering involved. Preservation essentially creates a green wall, but with absolutely none of the care.

Moss wall art is usually composed of mosses, like mood moss or sheet moss, and ferns and found wood. The artwork is highly customizable and can come in small or large sizes. Moss wall art, though, is meant to be indoors only. Excessive sunlight or exposure to the elements (like rain or wind) can actually wear the plants and the vibrancy can be lost. This is perhaps one of the bigger differences between a living wall and a preserved wall – living walls can be outdoors, but preserved walls should be kept indoors and away from direct sunlight as much as possible. (Sunlight is okay for preserved plants, but it shouldn’t be in direct sunlight for extended periods of time) 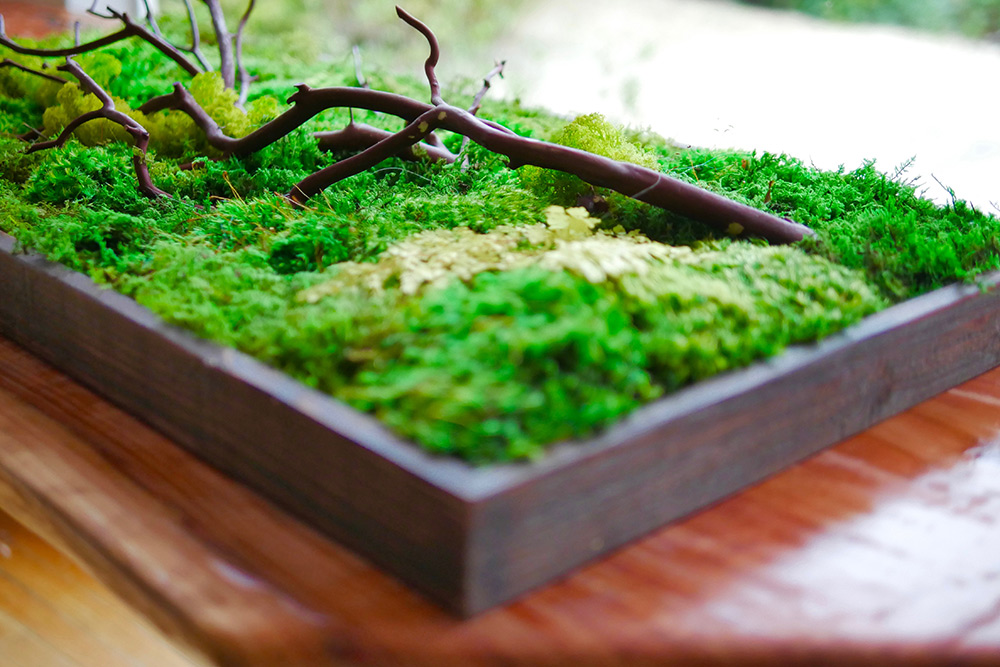 Perhaps one of the best options available is nature itself. The ability to incorporate this depends entirely on your location and the state of the interior environment. That is, if you do not live by a lot of natural space, then this option would not suite you. Also, if your interior space is difficult to modify, then again, this will not be the best option.

If you live next to a natural oasis, why not incorporate this in your design? Large windows or skylights are a simple way to incorporate biophilic design. If the interior space has not yet been built, a great idea is to orient a person’s view towards the outdoor space you wish to highlight. An example might be to build the building so that upon entering, you are greeted by the sight of the natural space outdoors.

Another option for biophilic design can include elements other than greenery. A common example is an indoor waterfall – a waterfall should attempt to look as “realistic” as possible. That is, design and embellishments should mimic natural waterfalls as closely as possible. 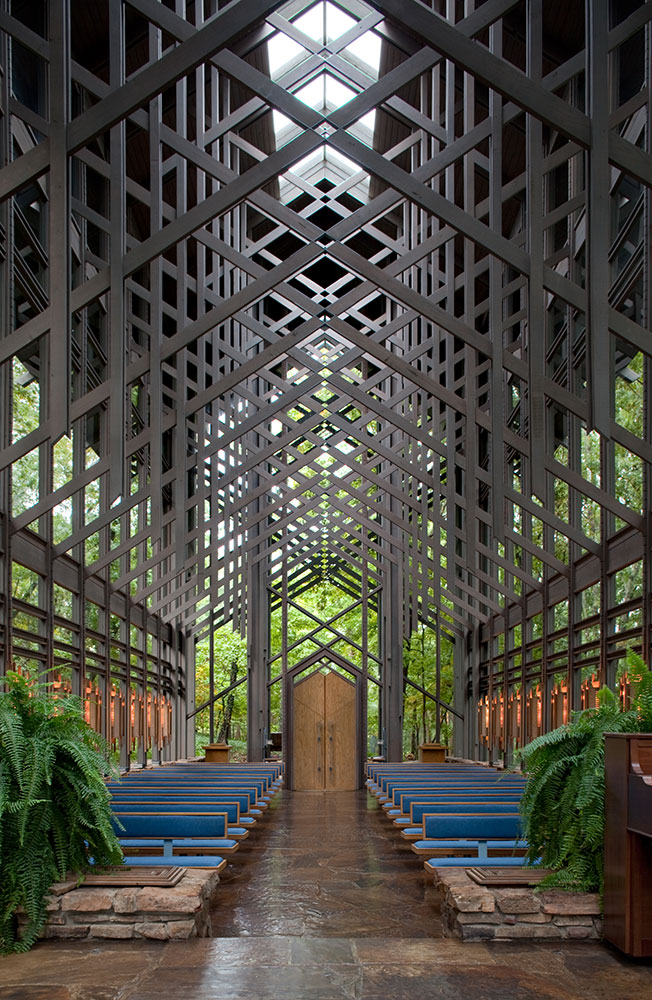 What are your thoughts on biophilic design? Would you want to incorporate it in your interior space? What option do you think would be best for you? Let us know your thoughts in the comments!